“A below normal spring runoff is expected across southern Saskatchewan this year, the result of ongoing dry weather.”

There’s still plenty of time for things to change, but trouble is brewing for spring seeding.

As shown on the map below, there’s still very little snow across the southern portion of the province. Admittedly, spring precipitation is still far more important than winter snowfall in terms of changing the soil moisture profile, but if things don’t change over the next several weeks it appears there will be virtually no spring runoff this year. 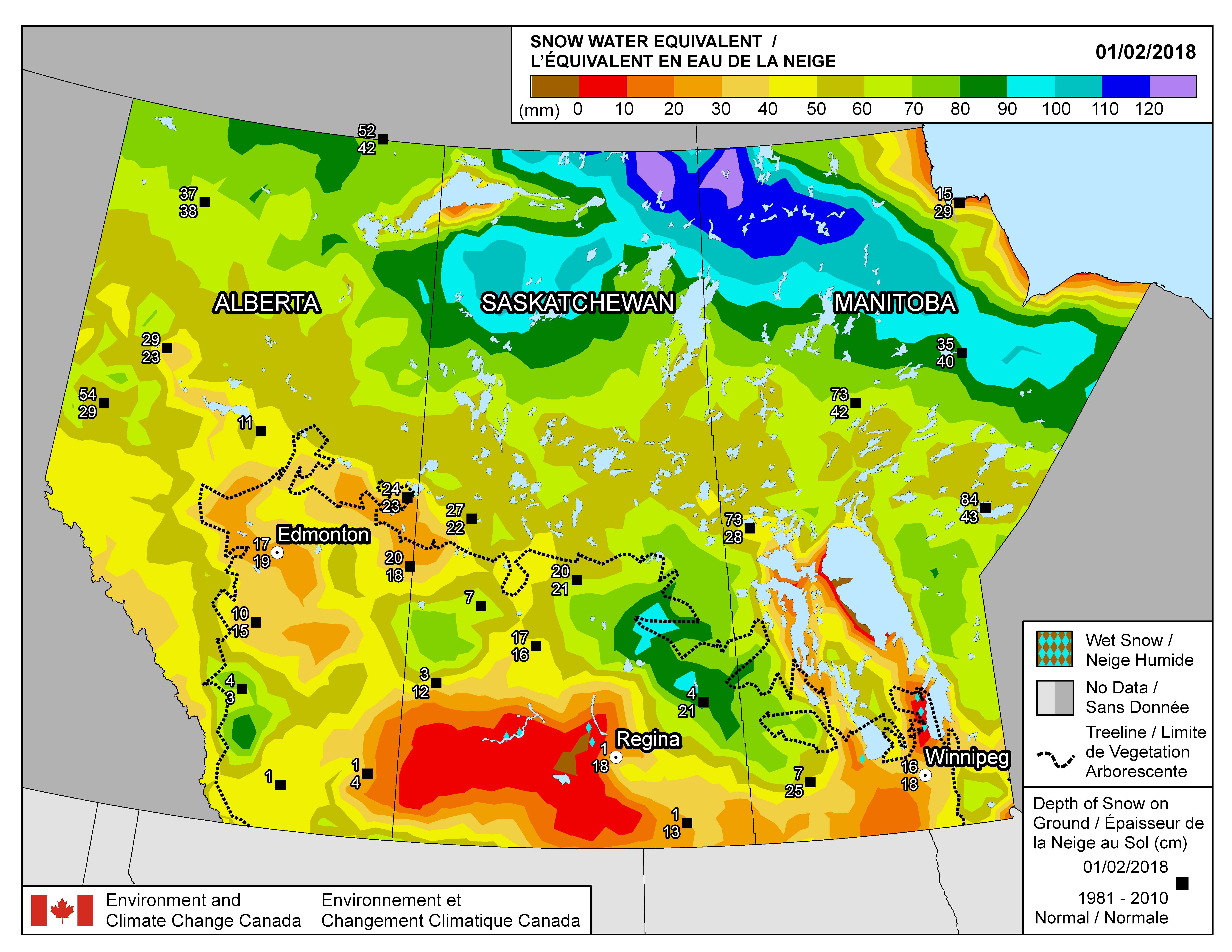 And with the ground already devoid of moisture in the wake of last year’s overly dry summer and fall seasons, the spring runoff could mean all the difference in terms of at least getting enough moisture into the ground to support spring planting in the southern regions.

Meanwhile, the potential problems are not just limited to southern Saskatchewan. Winter precipitation has also been far below normal across portions of Manitoba, exacerbating the lack of soil moisture heading into winter freeze-up. (Most of southern Alberta has done relatively better this year for winter precipitation).

Perhaps most concerning, however, is a report last week from Kansas City-based World Weather Inc. that indicated the weather pattern which resulted in the much drier than normal weather for the southern Prairies last year is continuing to linger. In fact, one of the primary factors in that pattern, a large pool of colder than usual ocean water in the Gulf of Alaska, actually looks like it might be expanding, rather than easing as was previously expected, the weather service said.

“Limited spring snow melt, poor subsoil moisture and a returning pattern of limited rainfall could have a very serious impact on the Prairies,” World Weather said.

As stated earlier, there remains plenty of time for the weather to change. According to Saskatchewan crop reports, the provincial 20-year (1997 – 2016) average seeding progress for the last week in April is just under 2% seeded. Only 7% was seeded within the first week in May.

Want to keep up on all the twists and turns in the weather? Try out of daily Good Morning Prairies service for all the latest farm news.

Our weekly Market Advisory Service will also provide you with our latest marketing strategies for Western Canada.