Russia’s 2017-18 wheat production was increased by 1 million tonnes from last month to a new record of 82 million – well above last year’s previous record of 72.5 million.

Let’s face it; the world wheat market was already over supplied – even before this year’s monster Russian crop. 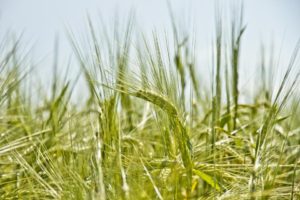 As most wheat producers no doubt remember, it was back in early 2008 when wheat futures skyrocketed to their highest ever, with the benchmark Chicago future briefly trading above US$13/bu. Another strong rally in mid-2012 pushed prices up to around $10.

The bulk of those gains came on the back of supply fears, with 2007-08 world wheat ending stocks dwindling to just over 121 million tonnes – the cumulative result of years of deficit global production.

With those strong prices as an incentive, the world’s farmers rolled up their sleeves and got down to work.

Thanks in a big part to this year’s massive Russian crop, 2017-18 world wheat ending stocks are now projected by the USDA at a whopping 268 million tonnes, the highest on record.

What’s worse: The world wheat backlog isn’t likely to be cleared soon. Infrastructure constraints mean Russian wheat exports will only rise by an estimated 5 million tonnes in 2017-18. That means a major portion of this year’s Russian crop will linger into 2018-19 as well.

Closer to home, the 2017 Canadian and US wheat crops – although down on the year – have come in larger than earlier expected. This year’s dry weather problems weren’t quite as hard on the crop as thought.

As a result, the price pendulum has now swung in the other direction entirely, and Chicago futures actually traded below $4 earlier this year.

Having over-accomplished the task of producing more wheat for the world – a task the marketplace urged farmers to work toward during the super-high prices of 2008 and 2012 – farmers now face something very different.

They must cut back on production.

And if they don’t do it soon, the marketplace will send increasingly urgent demands to cut back. The market may have to make those demands forceful by putting continued low prices in front of farmers.

The first move to cut acres in a big way actually happened a year ago. US winter wheat growers slashed the seeded area.  Now more cuts are needed.

So what’s next? Are US farmers responding to current low prices by putting less winter wheat in the ground again this fall? Will farmers in Canada reduce their spring wheat acres in 2018?

Will the new big kid on the block, Russia, throttle down its production machine?

These are critical issues our Market Advisory Service will be tackling over the next several weeks. You can be in on the news. Take a no-obligation trial run.