Brazilian producers have 73% of the estimated soybean area planted for the 2017/2018 crop. Now, the planting of Brazilian soybeans is no longer behind schedule. The rains that have fallen in all of the main producing regions have allowed the advance of the sowing.

For now at least, the weather in South America is not likely to result in any major boost for soybean futures in the short-term. But the crop still has a long way to go.

As all farmers understand, the weather is the key production factor – regardless of where crops are grown around the world. With the Brazilian soy planting now moving more smoothly, after some earlier weather hiccups, the soybean market can breathe a sigh of relief that the USDA’s current 2017-18 Brazilian soybean production estimate of 108 million tonnes (down from 114.1 million tonnes a year earlier) remains a reachable target.

The fact Brazilian soybean planting is back closer to the normal pace also bodes well for corn production in the country, as any significant delays in soybean planting can mean that second-crop corn – which is planted after the soy harvest – is delayed as well.

Now, just because Brazil’s planting is moving along well at this time doesn’t mean there still won’t be some weather problems along the way. Every year tends to bring some scares now and then, later on in the growing season.

And don’t forget that some areas of Argentina, where soybean planting is still just in its early stages, are still on the dry side as well.

Get a first-hand look

Overall, South America has become an increasingly important market factor, and one that North American producers ignore at their own peril.

To get a better understanding of South American agriculture, it’s best to take a first-hand look. 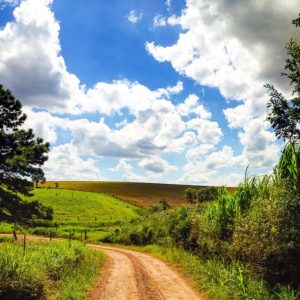 To that end, R.W. Thomas Inc. (based in St. Thomas, Ontario) is offering an agricultural tour through Brazil in early 2018, hitting the country’s back-roads and best-kept secrets.

It’s a chance to see and experience for yourself Brazil’s massive agricultural potential.

A tour through Chile is planned for mid-February.

Check out all the ag-venture tour details at http://rwthomastours.com/